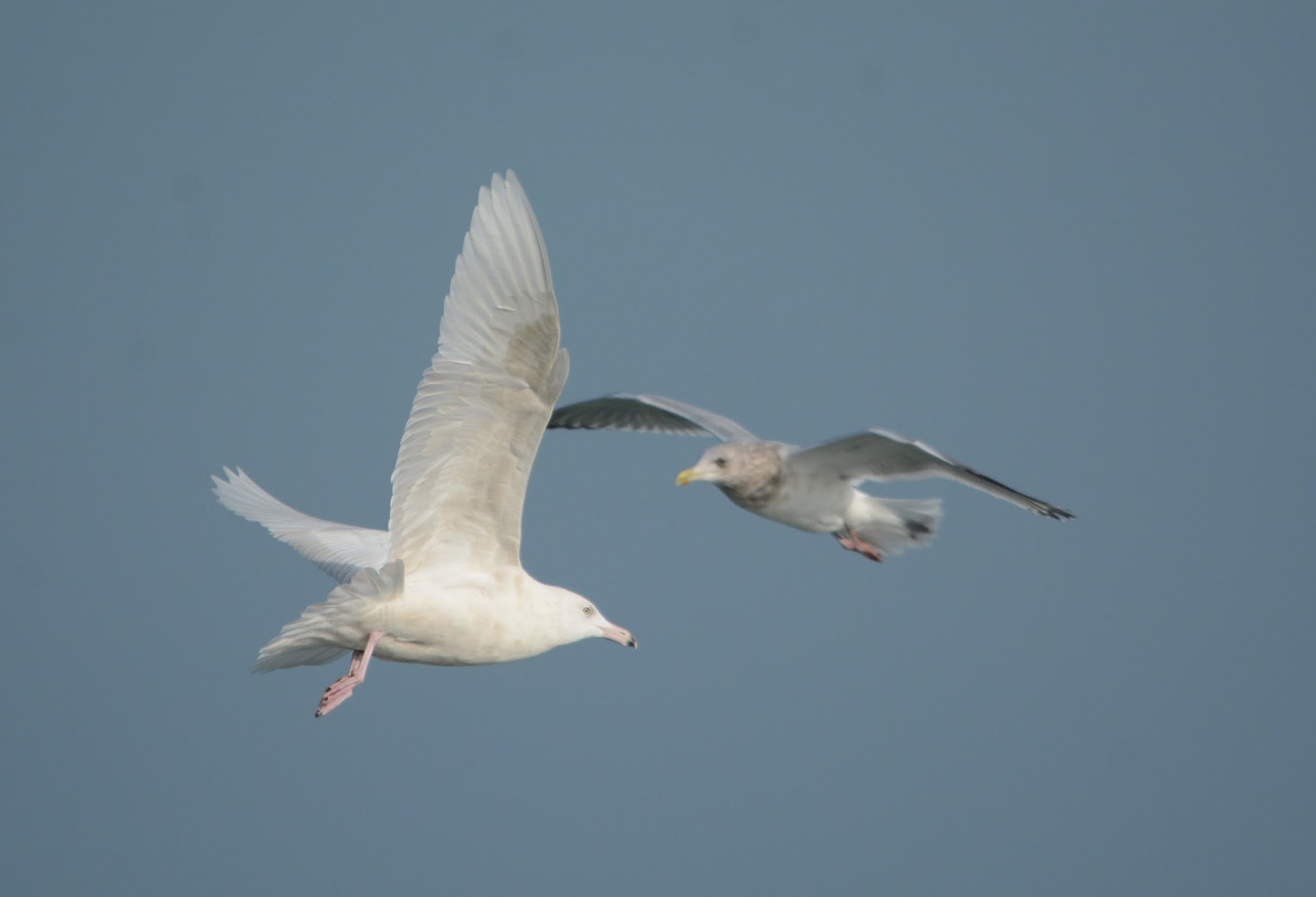 I smelled trouble stirring early last week when I read the weekend forecast calling for upper 40-degree temperatures in the Chicago area. Both Saturday and Sunday made it above 50F, with a high of 54 degrees recorded on southern Lake Michigan today (14 Dec 2014). To top it off, overcast skies dominated all of Saturday and most of the day Sunday.

Despite a notable absence of gulls at some of our better gull-watching sites, I still managed to see all five of our winter species with a bit of effort!