Gull-watching was rather productive at Michigan City on Saturday. There wasn't much on the beach when I arrived, but gulls soon started trickling in and continued to build up until I departed. 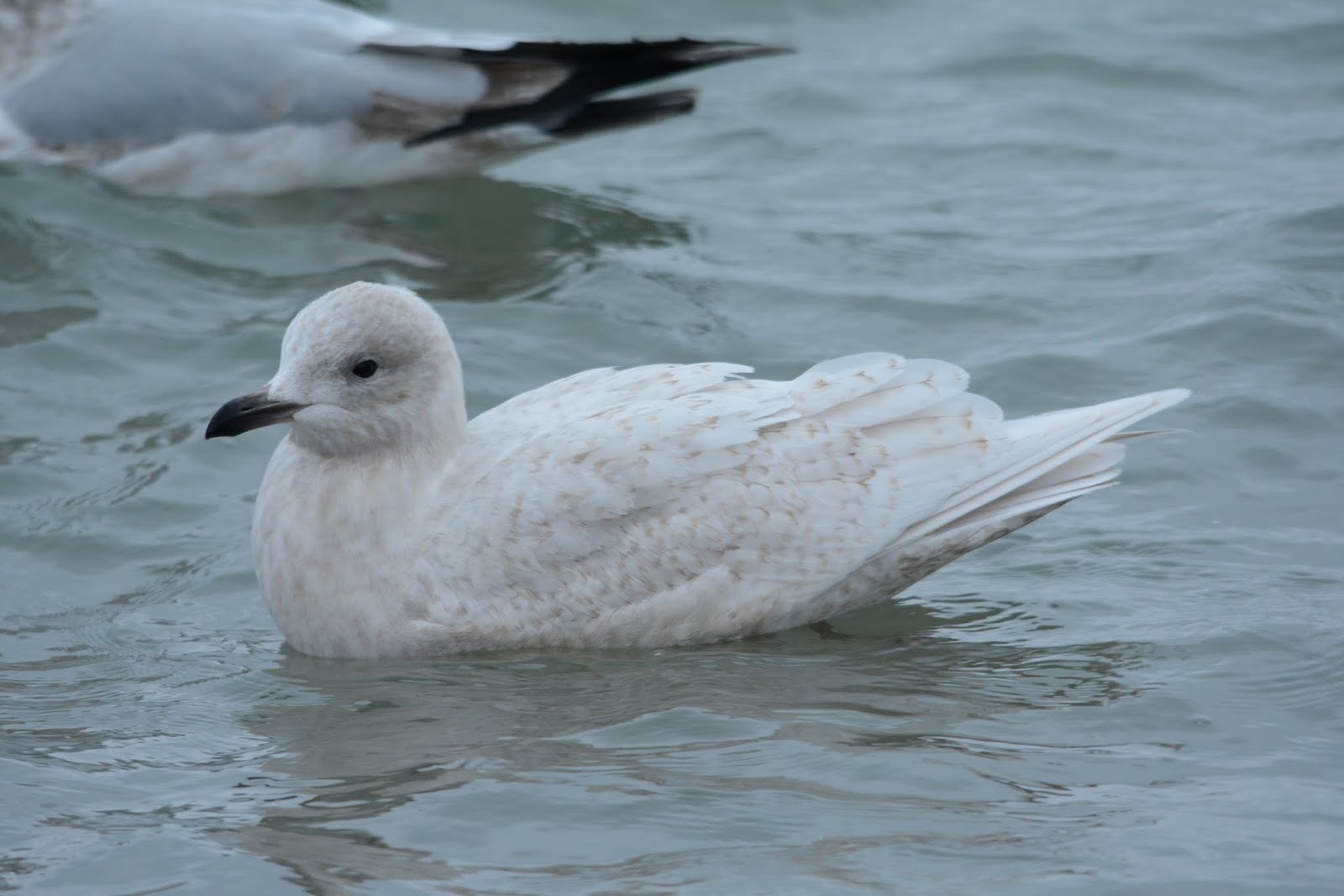 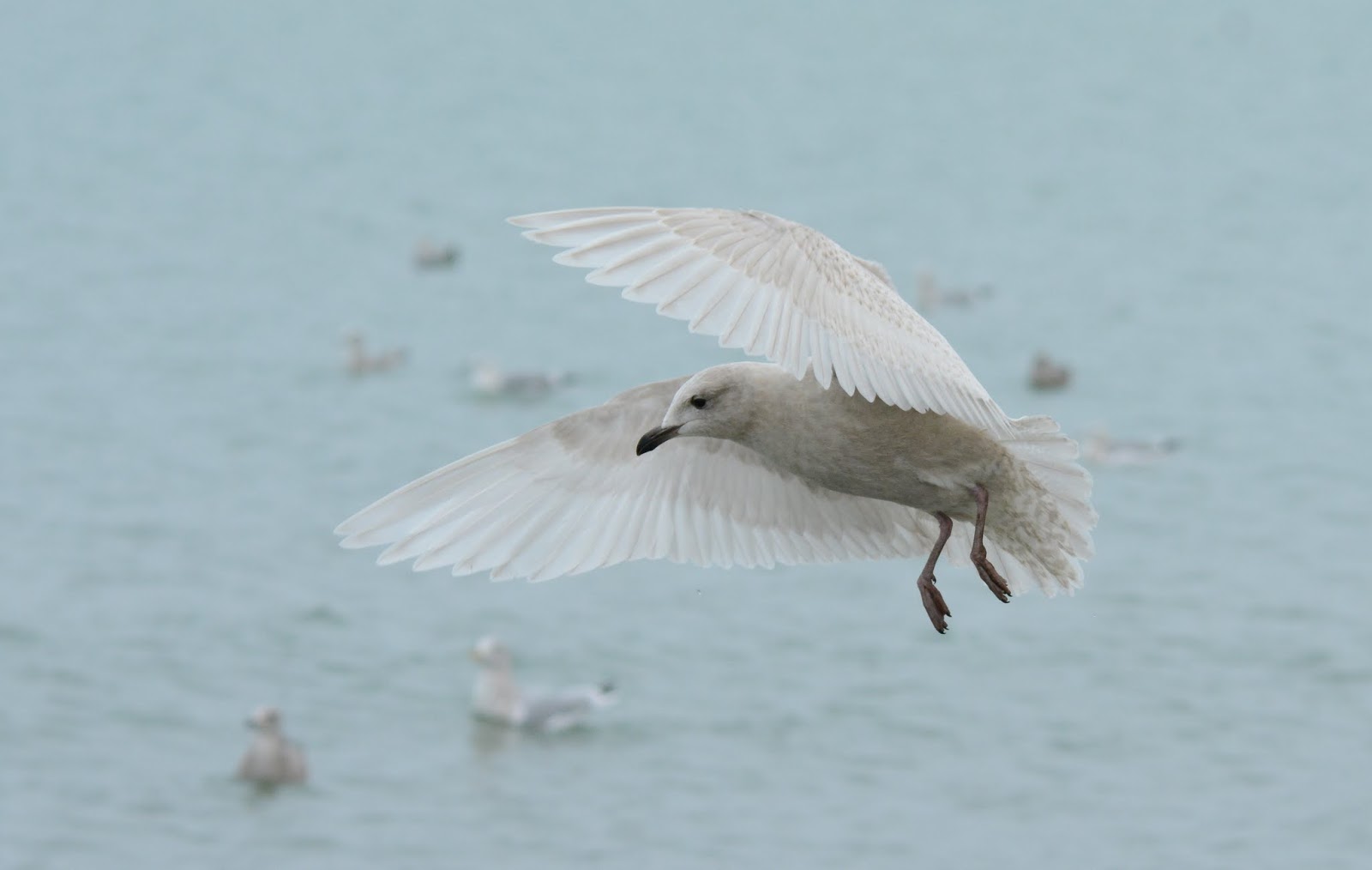 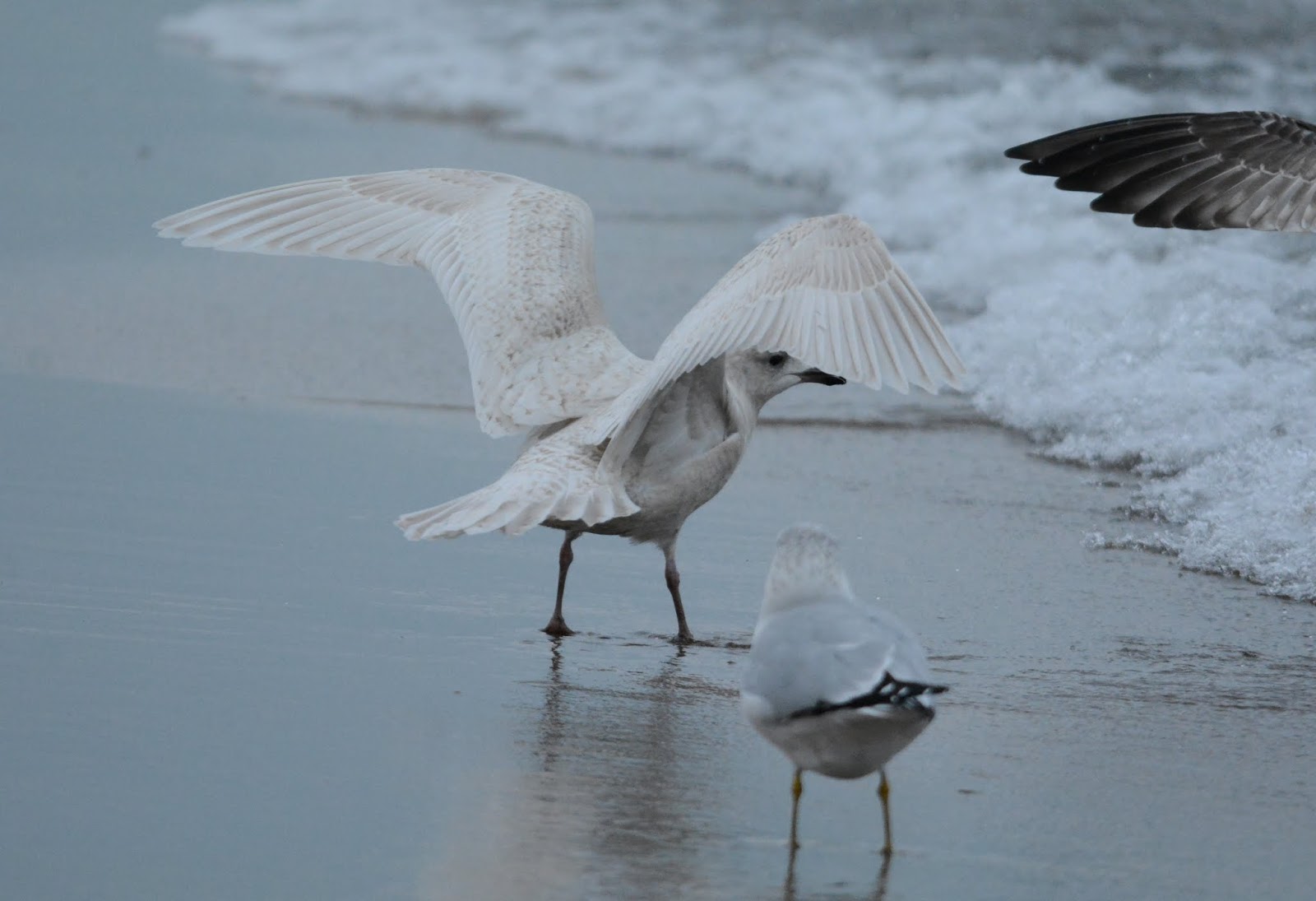 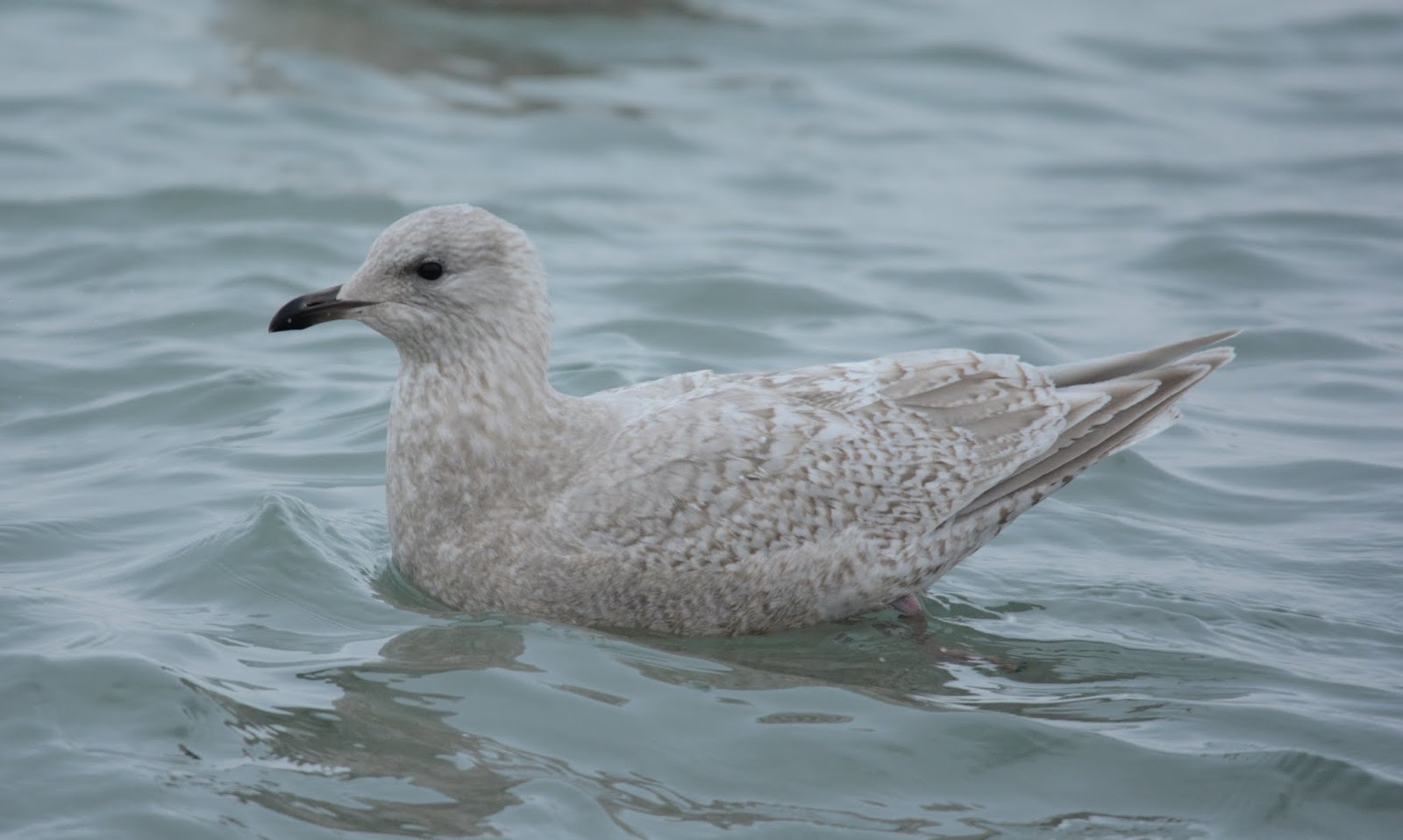 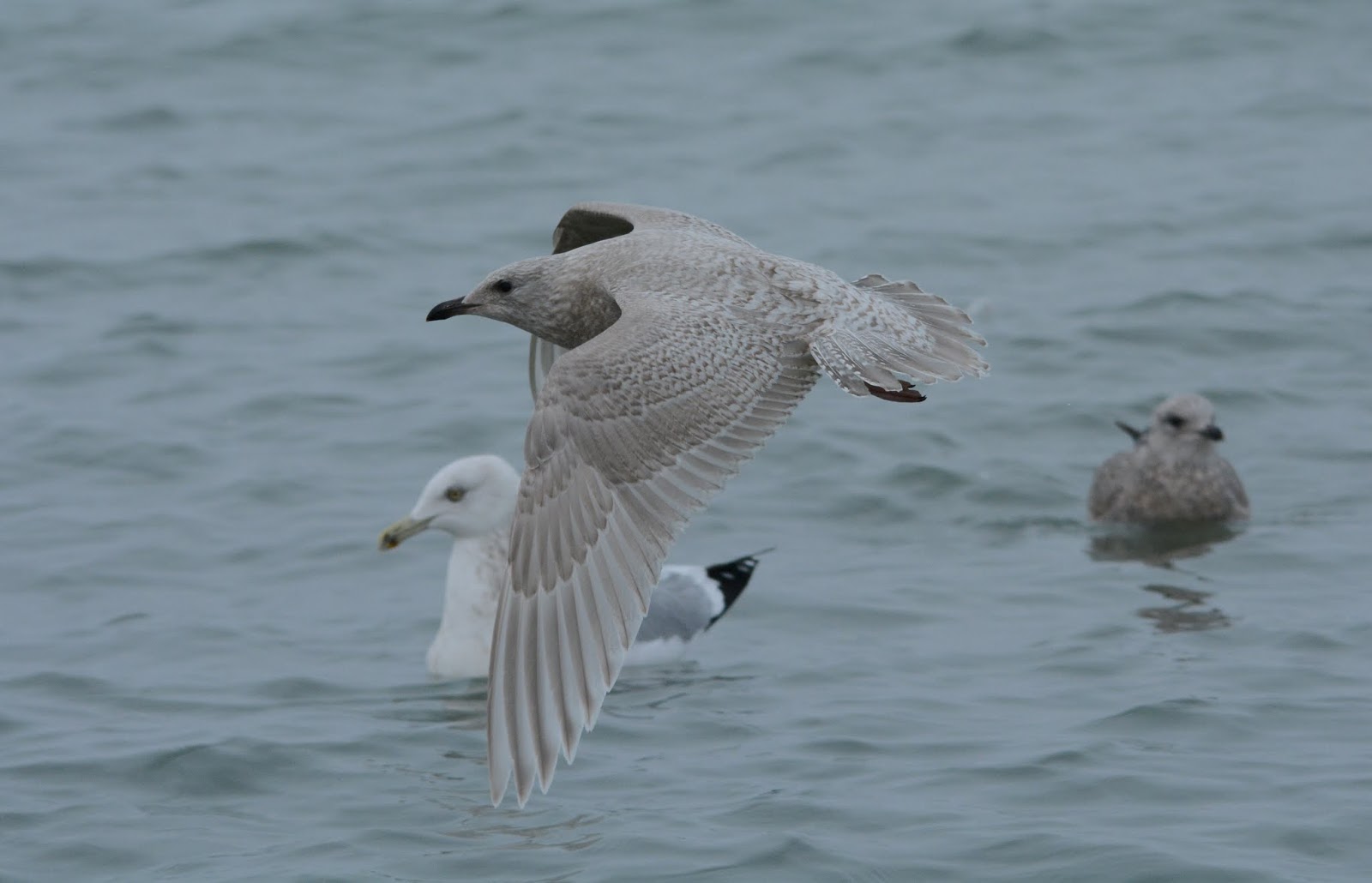 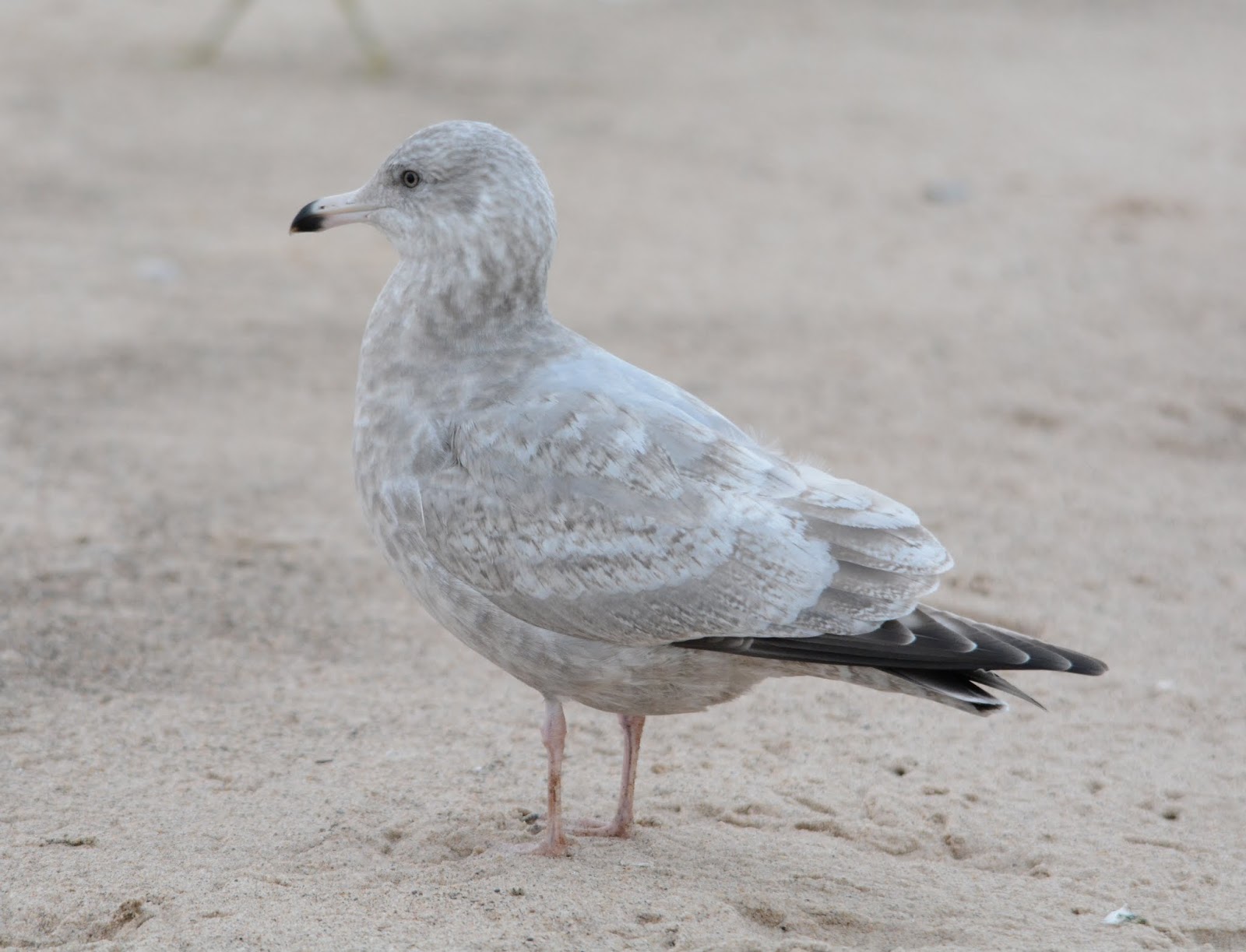 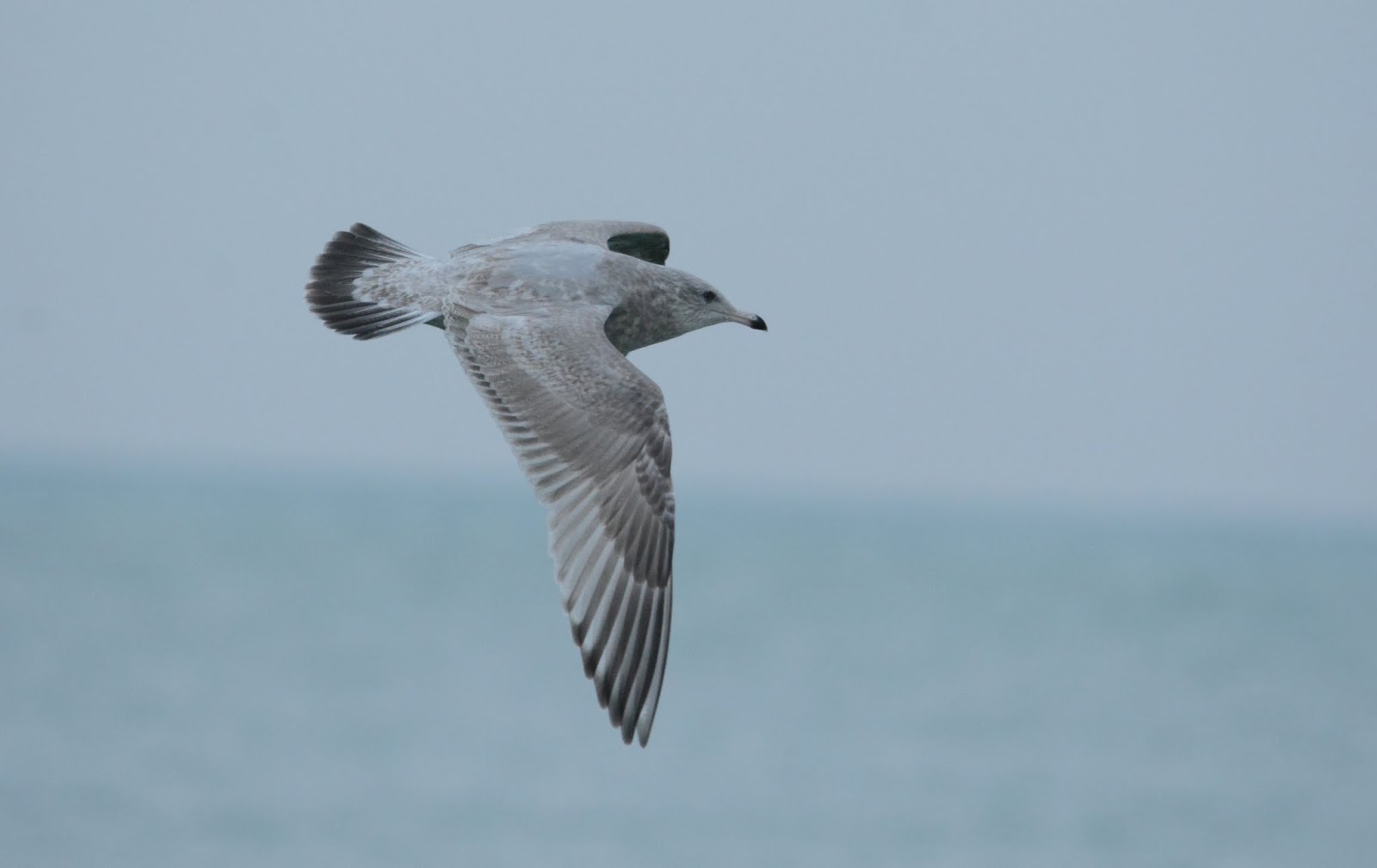 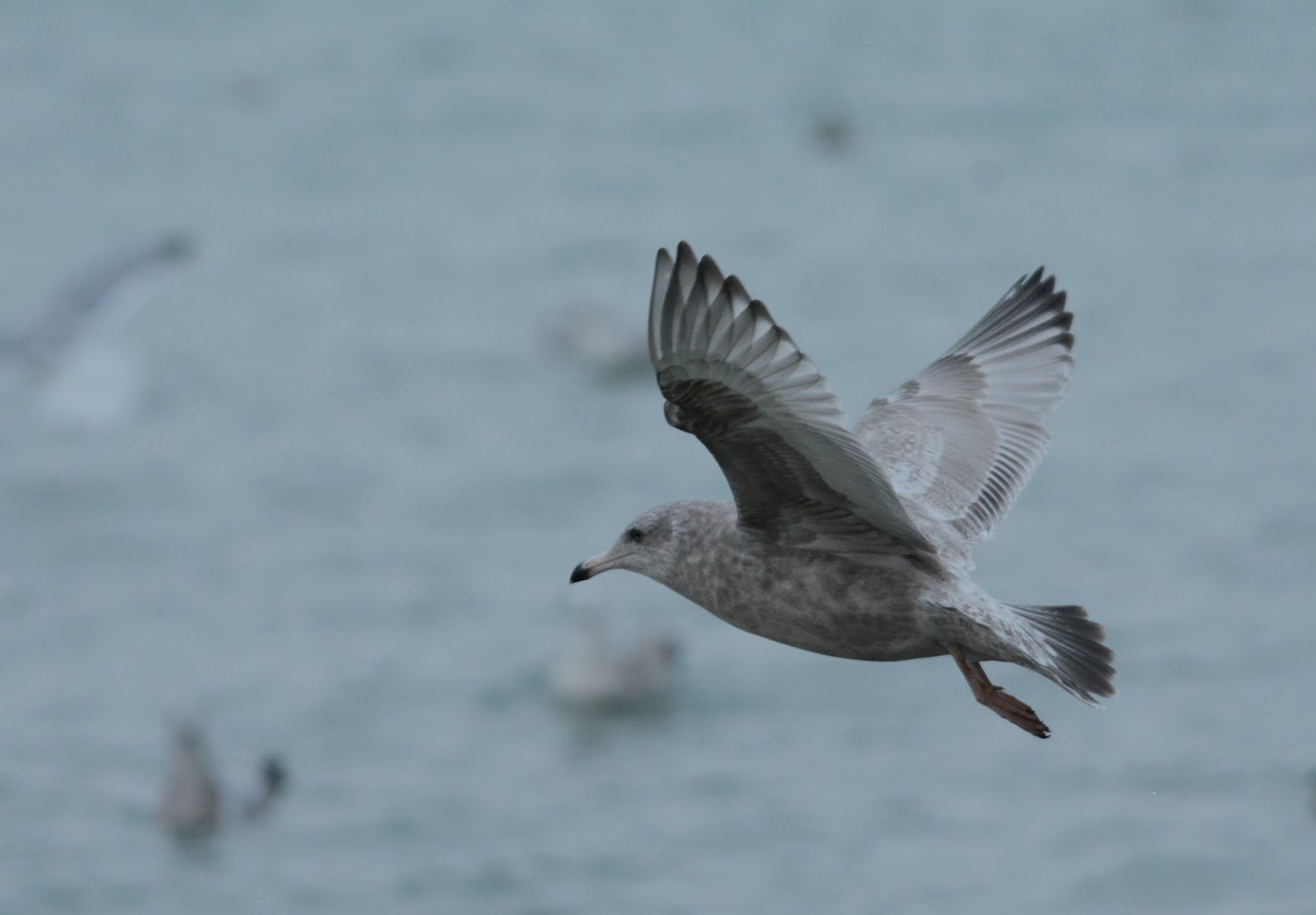 Now for the banded Herrings. I was a bit overtaken by all three of these birds, all appearing at more or less the same time. I was successful in recording both band numbers on the 2nd cycles, but the adult had a semi-rotted band that was upside down - impossible!

The last 15 or so banded Herrings that I've found between Michigan City, Indiana and New Buffalo, Michigan have all originated from the Sister Bay Islands. I'm beginning to think that the Herrings that arrive on southern Lake Michigan in the Fall/Winter are birds that might not be long-distance migrants. Admittedly though, more data from banded birds in mid-late winter is still needed. The other question to ponder is what happens to the southern Lake Michigan breeders? Do those birds remain here or move to the interior (all the way down through to the Gulf Coast)?
at December 21, 2014
Email ThisBlogThis!Share to TwitterShare to FacebookShare to Pinterest
Newer Post Older Post Home