For the 3rd consecutive year now I've participated in the Chicago Lakefront CBC which more or less concludes at the Museum Campus where we count gulls. 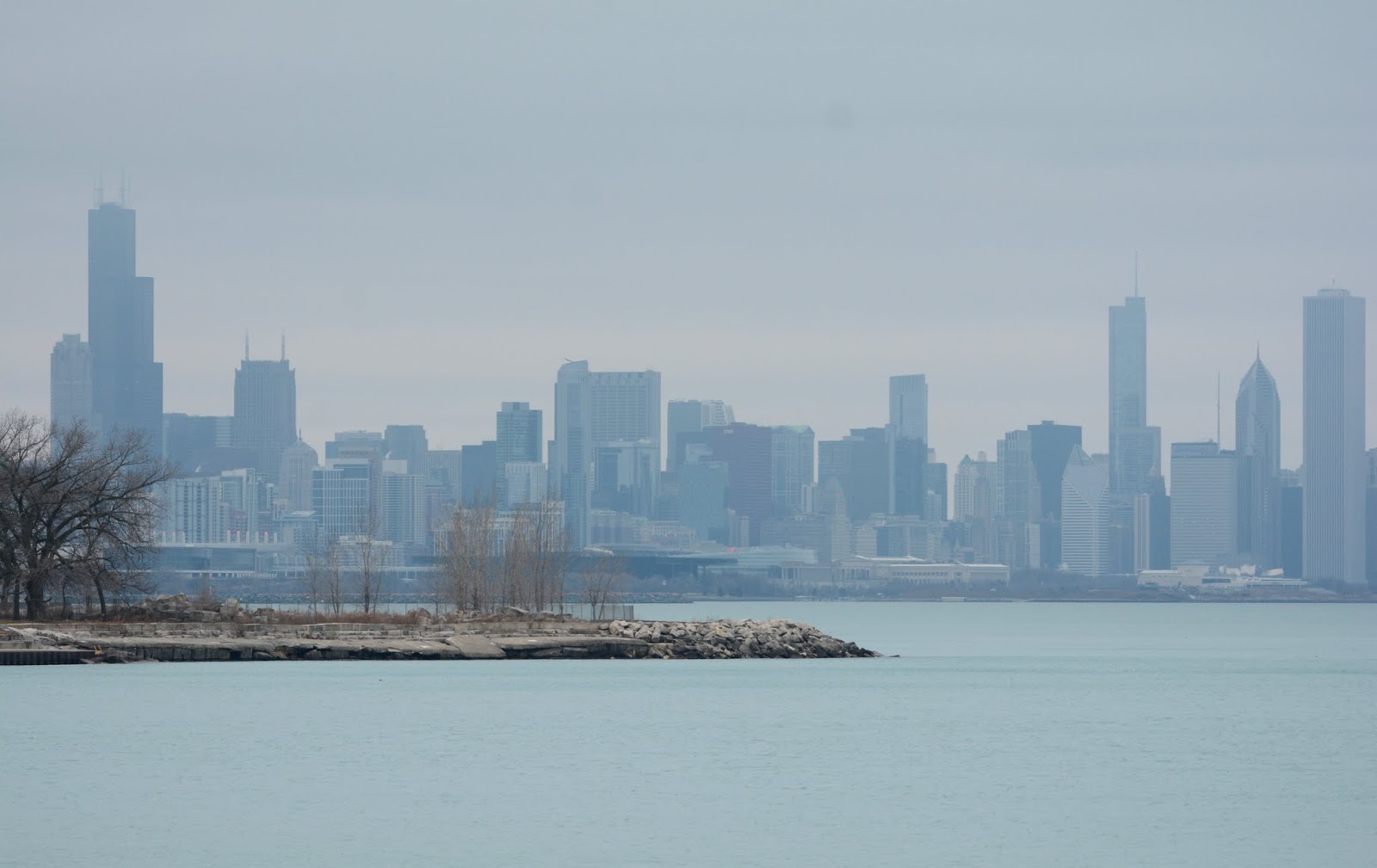 In a little over an hour, we tallied 7-Thayer's, 1-Kumlien's, 1-Lesser Black-backed, 1-Great Black-backed and 1 intermediate 3rd cycle Thayer's/Kumlien's. It was a fun session as we were hit with a flurry of Thayer's that I don't think anyone was expecting, especially given the mild winter we're having.

I was very happy to snap both of these birds in one frame...it's relatively tough to record any 2nd cycle white-winger here in Chicago on any given winter day. 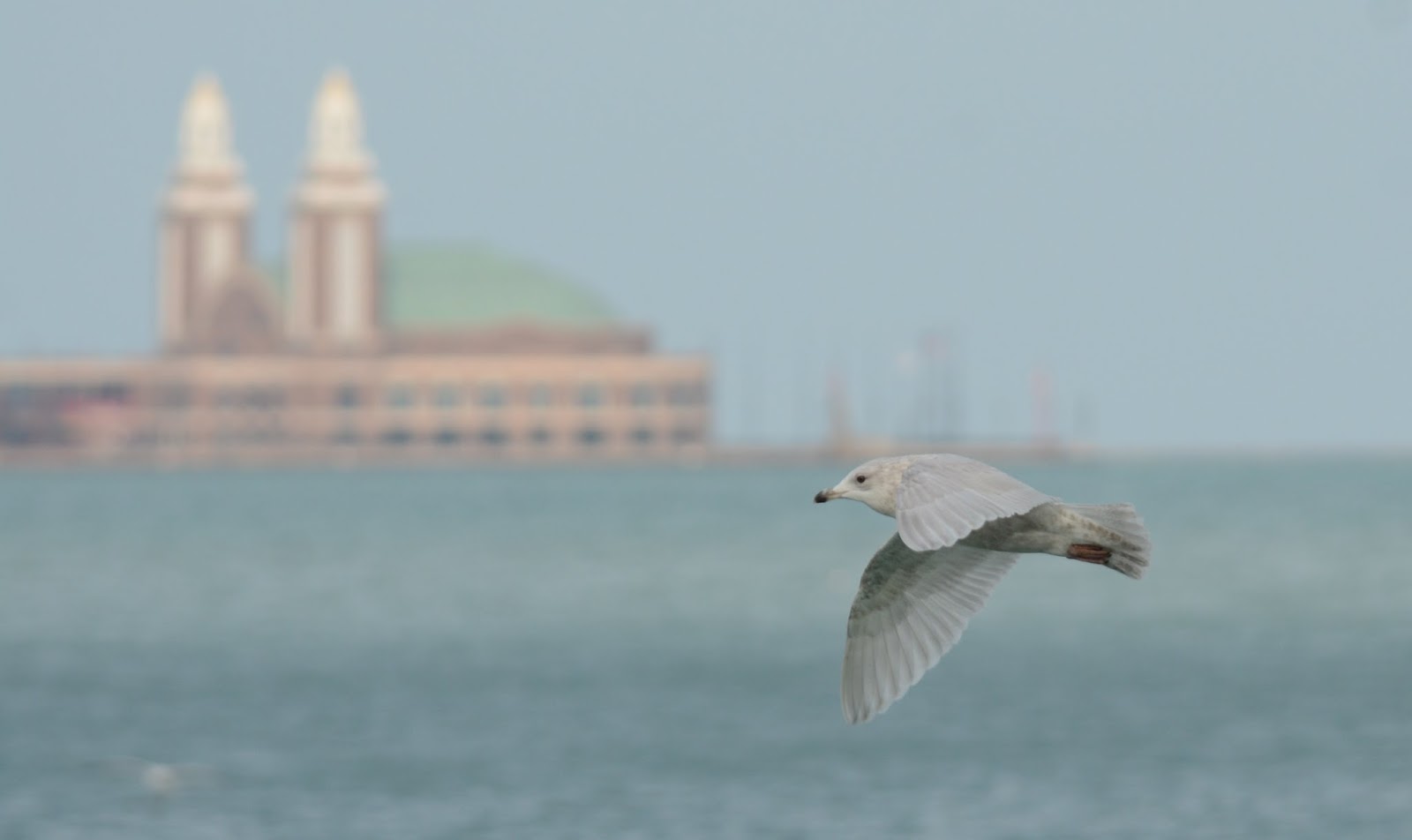 Thanks to Joel Greenberg and the Williamsons for leading the pack. This CBC has quickly become one of my favorite winter events.
at December 27, 2014
Email ThisBlogThis!Share to TwitterShare to FacebookShare to Pinterest
Newer Post Older Post Home