Greg Neise and I hit a few Lake County spots on Monday, 29 December 2014. Here are the day's highlights:

We had a bit of an eagle disturbance. Always on the lookout for raptors, every single one of our gulls picked up and flushed before either of us could spot this Bald Eagle:


The only gull that didn't fly off was this injured/sick adult Herring. The eagle took a few tries at him... 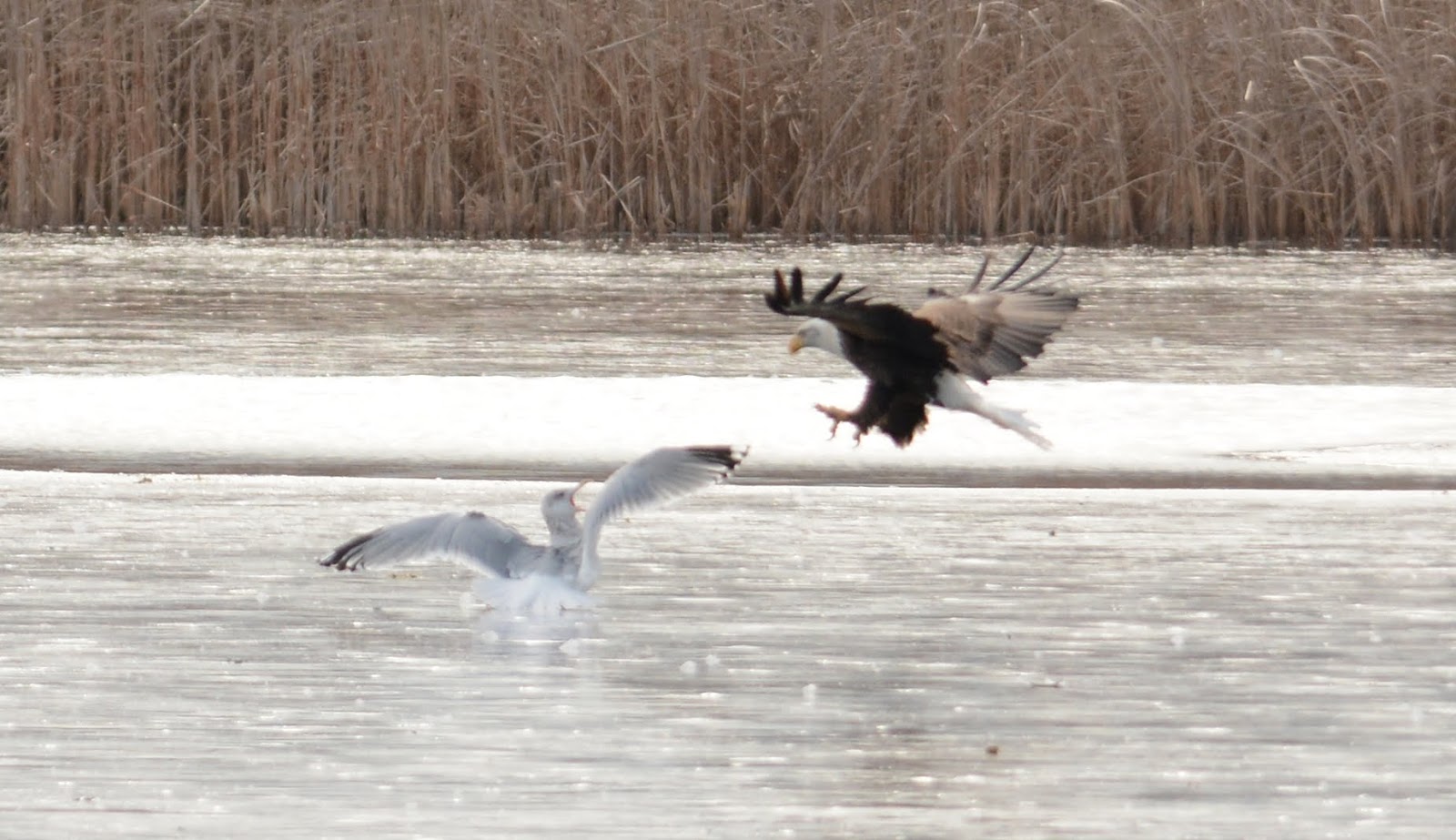 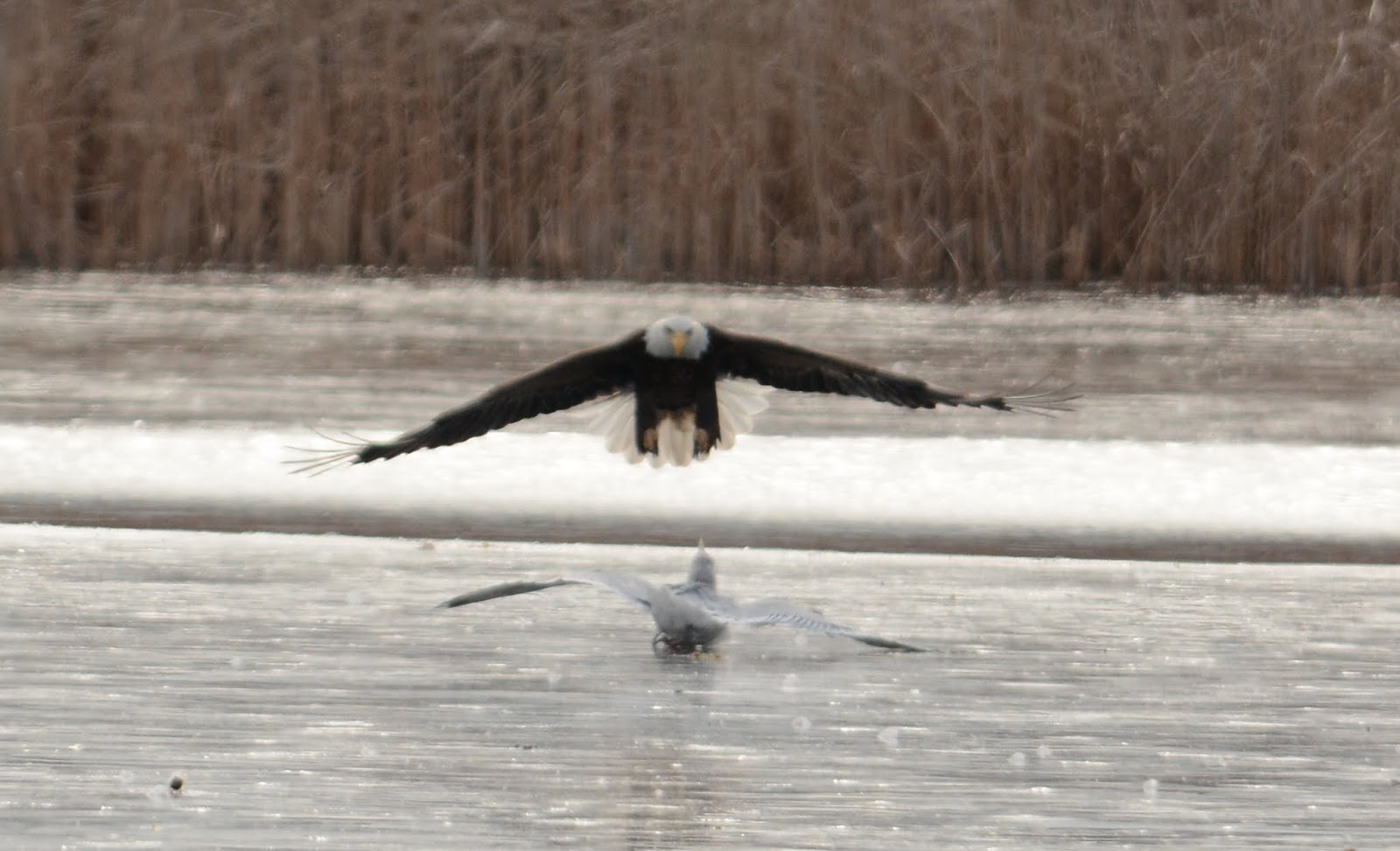 We didn't think this would end well for the Herring but it stood its ground (literally) and the eagle left it be...a good ending in my book.

I remain impressed by the relatively good numbers of white-wingers being found this season! Ring-billed numbers were holding steady at Waukegan Harbor (~ 70 individuals, mostly adults). Still no snow and it's a couple of days from 2015...I'm not complaining.
at December 30, 2014
Email ThisBlogThis!Share to TwitterShare to FacebookShare to Pinterest
Newer Post Older Post Home